“THEY HAVE CROSSED”: THE FIRST COMIC ABOUT GENOCIDE IN SREBRENICA WAS PRESENTED IN IFS- EMMAUS’S BOARDING ACCOMMODATION IN POTOČARI

Last night, on the 15th EMMAUS Youth Working Camp in Potočari for the first time was presented comic “They Have Crossed” by Admir Delić and Samir Karić with the theme about the genocide in Srebrenica.

According to one of the authors, Samir Karić, the promotion attracted a lot of attention of a young people from Bosnia and Herzegovina, Turkey and Serbia who took part in this year’s camp.

The promotion of comic was organized as part of this year’s camp, which will last until July 24, and the project was supported by the American Embassy in BiH.

“We thank Emmaus for the opportunity to present the comic in Potočari. It is very important that the memory on genocide in Srebrenica is nurtured through various art forms, especially trough those that will bring closer the worst crime in Europe after World War II closer to young population. We believe that in the future it will be necessary to involve as many young people in Bosnia and Herzegovina and the world in activities and projects that remind them of genocide “- said Samir Karić in his address to the media”.

Among other things, Samir pointed out that it is really important to present true facts to young people outside the borders of Bosnia and Herzegovina, who will spread the truth about genocide in their countries.  He believes that Emmaus does it in a good way, because in addition to the Youth Working Camp, young people also learn about genocide in Srebrenica.

The comic ‘They have crossed’, was also translated into English and it brings the story of a segment Srebrenica genocide to young people in a simple way – Karić added.

However, the story of the comic “They have crossed” follows a 15-year-old boy Ahmed who walks from Potočari with his father and thousands of other civilians to the free territory. His father was killed in the woods but he managed to survive the shooting in Kravica.

All the young people who attended the promotion last night received one copy of the comic from the organizers, one in Bosnian and the other in English. In that way they will spread the truth about the genocide in their communities.

We would like to use this opportunity to thank the author of the comic, Samir Karić, for his time and presentation about the comic. It is important to point out that Samir, in addition to comics, with his professional journalistic reporting from Srebrenica, contributed a lot about the story of genocide and that we should never forget Srebrenice genocide, which is confirmed by his journalistic awards Nino Ćatić in two categories: written text and photography.

Of course, we also thank Admir Delić, who could not attend last night’s promotion, but in addition to comic, there was also presented his illustrations dedicated to Srebrenica to the young people, on which he worked in the past period. 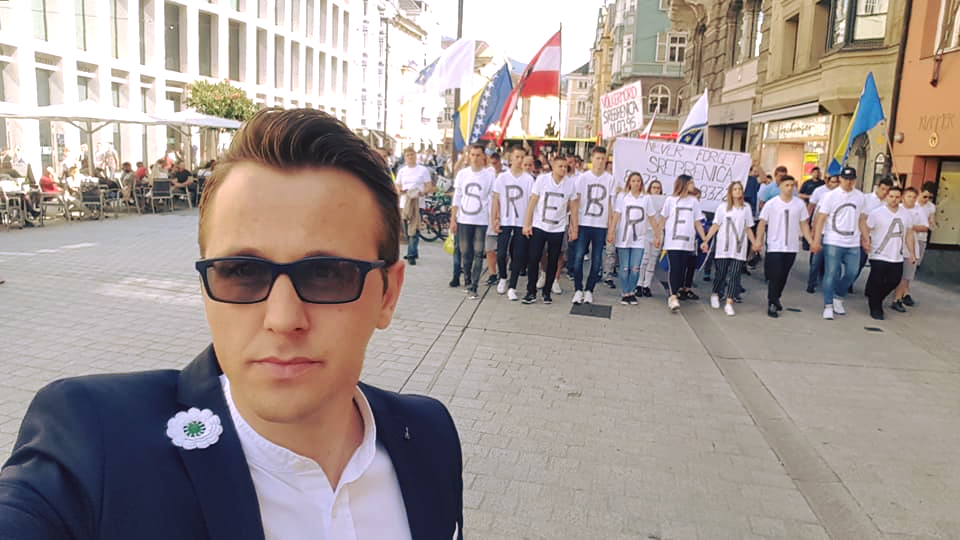 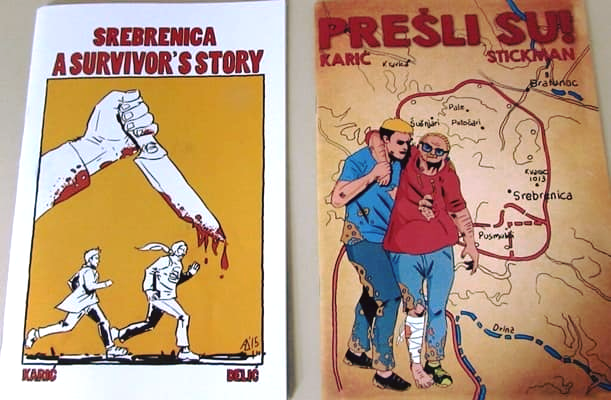