They traveled 50 kilometers to the school: IFS-EMMAUS Online Accommodation in Potocari 80 children assistance

All children deserve the right to education and the conditions to grow up happily, is the motto of the Association International Forum of Solidarity – Emmaus center, located in Potocari. 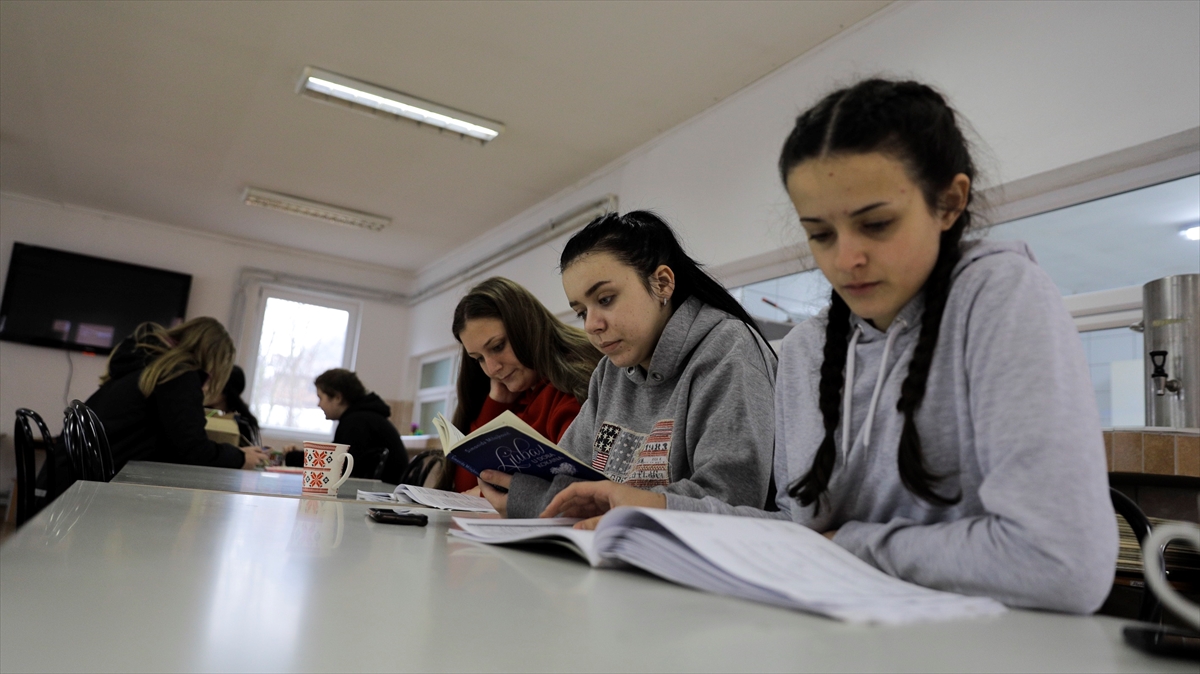 Within the center is  Boarding Accommodation for 80 children and a Daily center for 65 children from Srebrenica, Bratunac, Vlasenica, Milici and Konjevic Polje. The project of Boarding accommodation for children in Potocari is existing since 2013. The basic idea of the project is to provide children from remote areas around Srebrenica with conditions for a smooth process of schooling and education, by providing basic conditions that every child deserves. Due to the great distance of rural areas, poor road communication and poor social status of returnees, the education of children living in the remote surrounding areas of Srebrenica is also largely lacking. Children staying in the Emmaus Center in Potocari are happy as they study next to each other. In the rooms, some are preparing for school, others are finishing their meal, and others are already returning from their first shift at school. Everyone has smiles on their faces. They are happy because there are educators who work with them but also other children they can play with, opposite than in the villages where they come from. The environments they come from are mostly elderly, with one child or no children at all. One such example is Ensad Memic, a 12-year-old sixth-grader of the First Elementary School in Srebrenica. Ensad is a model student who wants to be a football player. He lives in Zaluzje, in the area of Bratunac municipality.

– This is the second semester I’m in the center. I’ve been here since sixth grade. I like it. I like my friends and activities the most. It’s all very nice. The educators are good, ant nice to us, ” Ensad said . Football is his favorite activity and he uses every opportunity to play ball with friends.-I want to be a footballer so we’ll see what happens. My favorite football player is Ibrahimovic. I would love to be popular and famous but before that I would like to finish school. I also like the school I go to because there are a lot of kids, and there were only twelve kids in the school I went to until sixth grade. I went to Vuk Karadzic Elementary School in Bjelovac – says Ensad.

As this boy talks about mates from the center he starts crying. His greatest wish is to have friends to play with. He has four children in the village where he lives, including his younger brother and sister. His best friends were, he says, adults.

“I only had a few friends at school, but when I get home, wherever we go, it’s just adults.” I only have one friend, who lives near me, with whom I go to the playground to play. As a kid, I did not act like a child but as an adult. It’s like I’m a grown man, not a kid and that’s why I decided to come here. When I saw that there were a lot of children, I liked it – Ensad said as he hurries to school with his backpack on his back.

–           My village is 55 kilometers away from Srebrenica. There are only children in the village during the summer. All my relatives are in Sarajevo and Tuzla and when they are on the school break then they come. My sister Samra and I are here at the Center. I have been here for six years, since I was first grade. It is nice for me. I have a friend here, I hang out with them. We have various activities – said Amra, who is a great student.

She and her sister are the youngest beneficiaries of boarding center.

Only 55 marks of income

Among the children who are in the Center is Berisa, student of the Medical school in Srebrenica. Forty-six-year-old Muhidin Muharemovic from Konjevic Polje proudly talks about his daughter Berisa, who is a great student. Muhidin is also one of those who survived Srebrenica genocide, committed in the summer 1995.

–           I have only 55 marks of income. We have eleven family members. I have seven children. Berisa is in the Center and she is here for four years. As for the Center, I have to thank them, because without them, I would not be able to finance her education at all – explained Muhidin

As he says, the biggest problem is how to pay for transportation from Konjevic Polje to Srebrenica.

–           I don’t know what would happen to her education. I don’t think she could go to school and I would give anything for her to succeed in life. I’m proud of her. She’s a great student. I have four other children that go to school. One of them goes to school in Milici, and the other three of my children attend  primary school in Konjevic Polje. We manage somehow to survive the situation” said Muhidin.

–           We live in Urisici, located 40 kilometers from Srebrenica. It is on the border with Serbia. Sejla is here for six years. She is the first grade of pharmacy school. The Center means a lot to us, especially during the winter. Now there is a heavy snow up in the mountains. Because of the bad weather she would be absent from school and lose a lot of the classes. The children have everything here at the Center. Previously she traveled with a van for about 15 kilometers and then took a bus – said Sefik stating that many children did not come to school these days because of the snow that had fallen in the previous days and nights.

Boarding accommodation includes stay throughout the week, accommodation, meals, transportation to school and back, as well as the support of professional staff in homework and learning assistance. Courses of english and german languages, as well as computer science and other social activities are organized for children.

Alema Hodzic, coordinator for Development and Cooperation at IFS-Emmaus, reminded that this organization activities in the area of Srebrenica began in the first years after the war. As she said, all of these services for children are free, but they require substantial resources, which IFS-EMMAUS provides each year with the help of donors. The number of children is increasing every year.

–           Initially, only three children were accommodated at the Centar. According to the needs that emerged the number of children increased year by year so today we have accomodated a total of 80 children.

These children come from rural surrounding areas of Srebrenica, Vlasenica, Bratunac, Konjevic Polje and Milici and they need to travel 30 to 40 kilometers or more to get to school. These are children aged from fourth grade of primary school to the fourth grade of high school – explained Hodzic.

Daily center for the youngest

–           There are currently 63 children in the daily center. These are the children from the local community, from four to ten years old, who spend their time in the center daily.

Activities are organized in such a way that through recreational and social activities we ensure that children have adequate ways of learning, developing creative and critical thinking. It is about socializing children and making the most of their leisure time while waiting for a ride home. We are trying to provide assistance in learning and homework- explained Hodzic.

As she said, there are many cases where children dropped out of school because of the impossibility of travel to the school.

–           There are many such cases because, for the most part, with the first snow and bad weather conditions road communication is disabled and the arrival of children to the school. So that very often children are absent from school and very often their path to education and professional development is questionable.There are often cases in practice where children drop out of school very early because of these shortcomings – said Hodzic.

They need more professional staff, but currently they do not have the resources to recruit new employees.

–           There are no permanent donors to support the work and functioning of the center for boarding accommodation. It is exclusively financed by donations. Considering that the number of children is increasing from year to year and that great resources are really needed to move forward and improve the quality of work, we certainly appeal to all good people to get involved and support the work of Boarding accommodation for the purpose of better education for this children and a quality work with them on that field – said Hodzic. 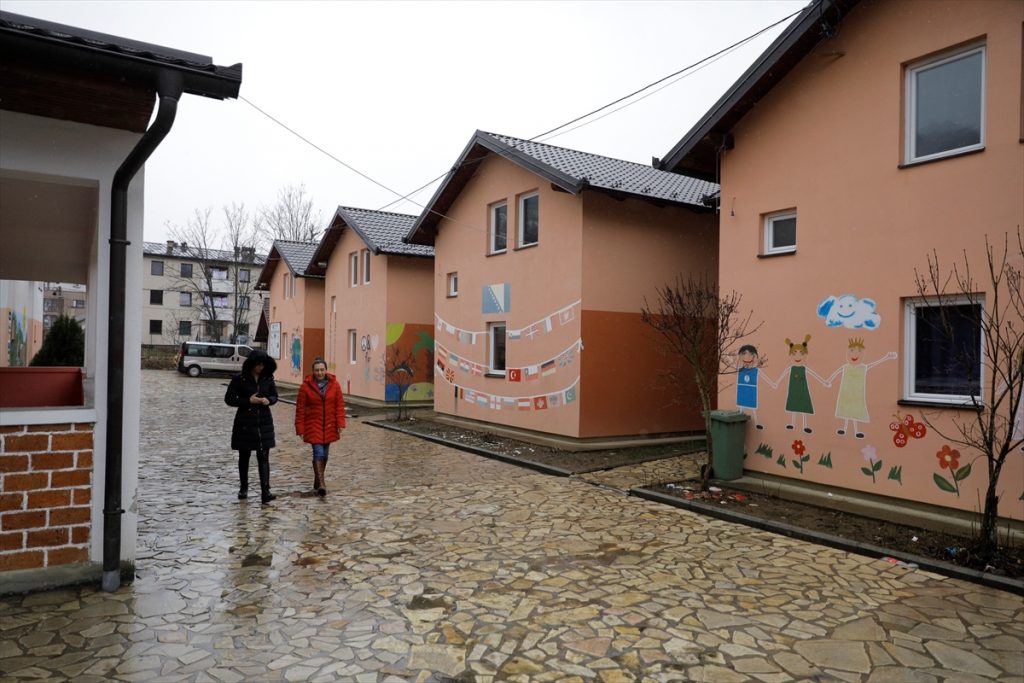 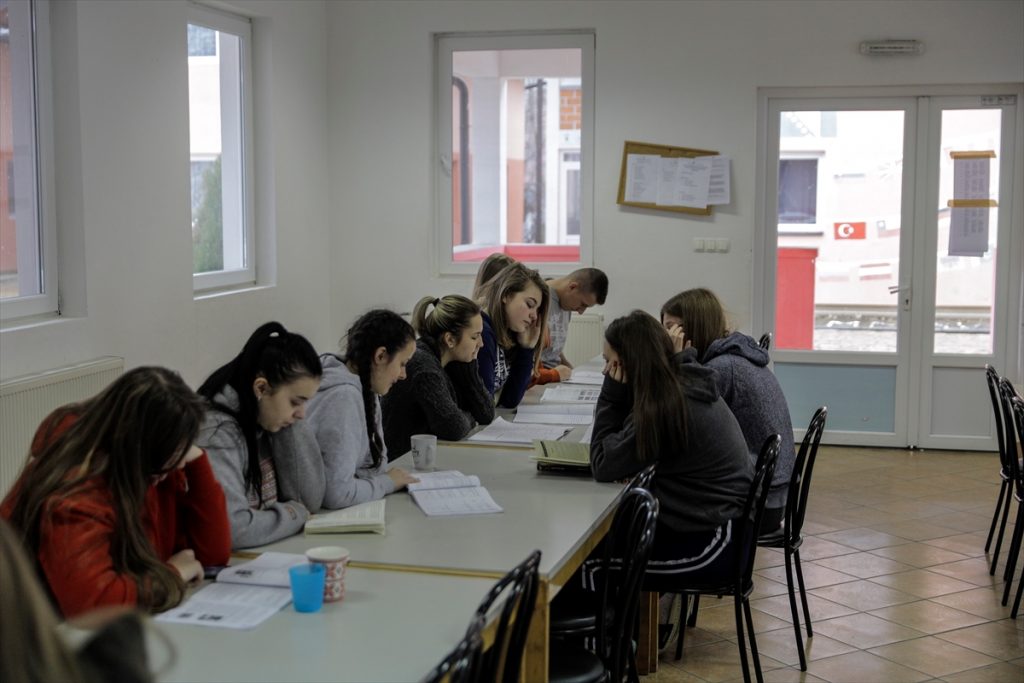 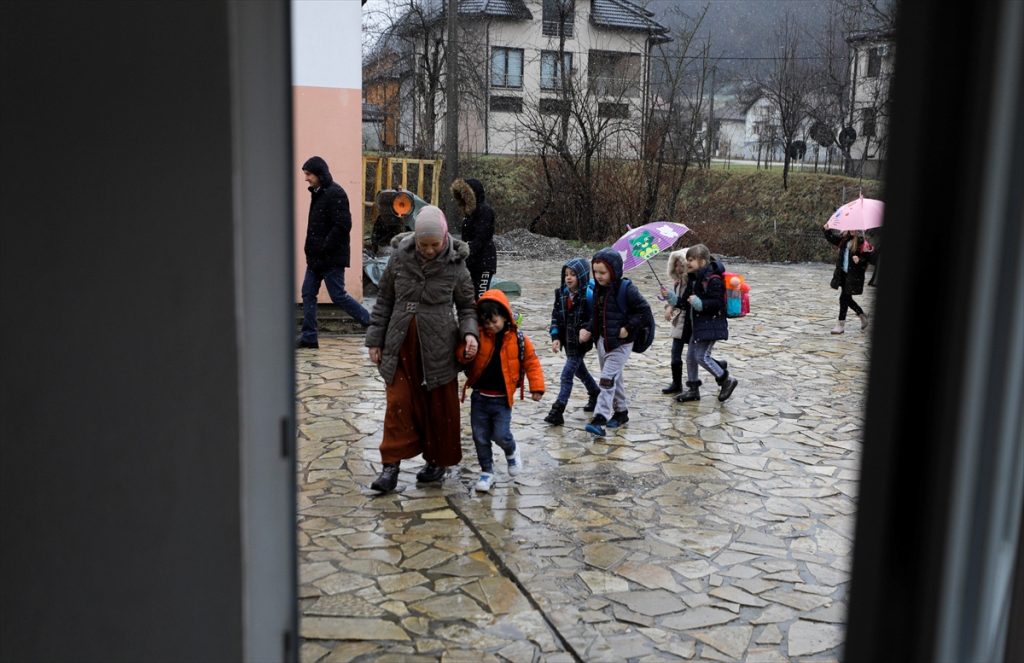 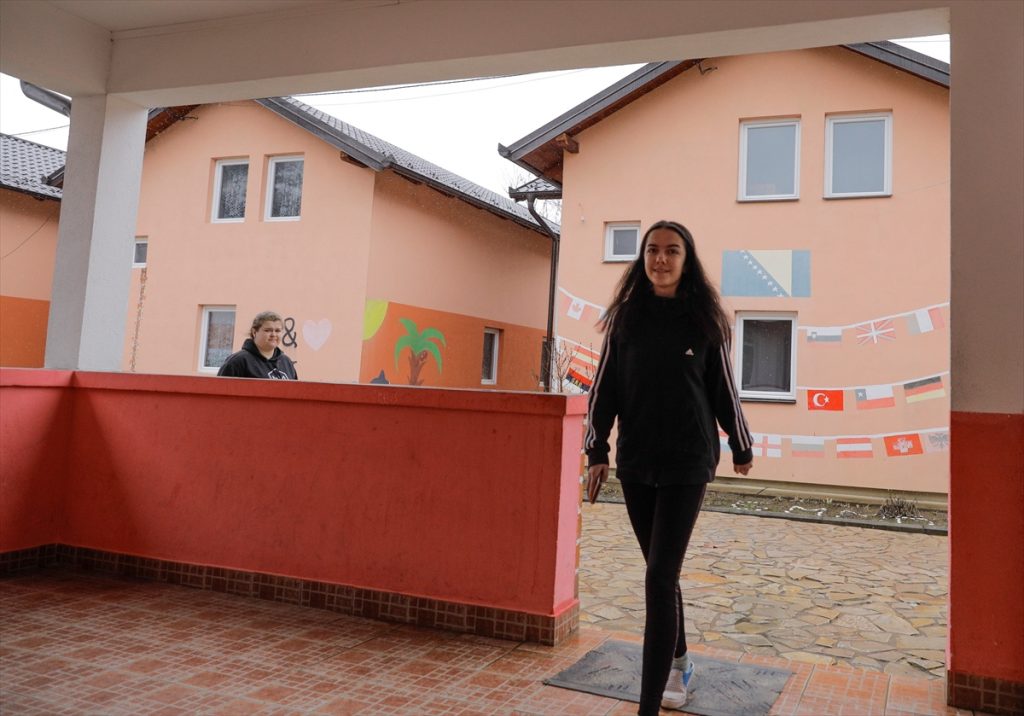 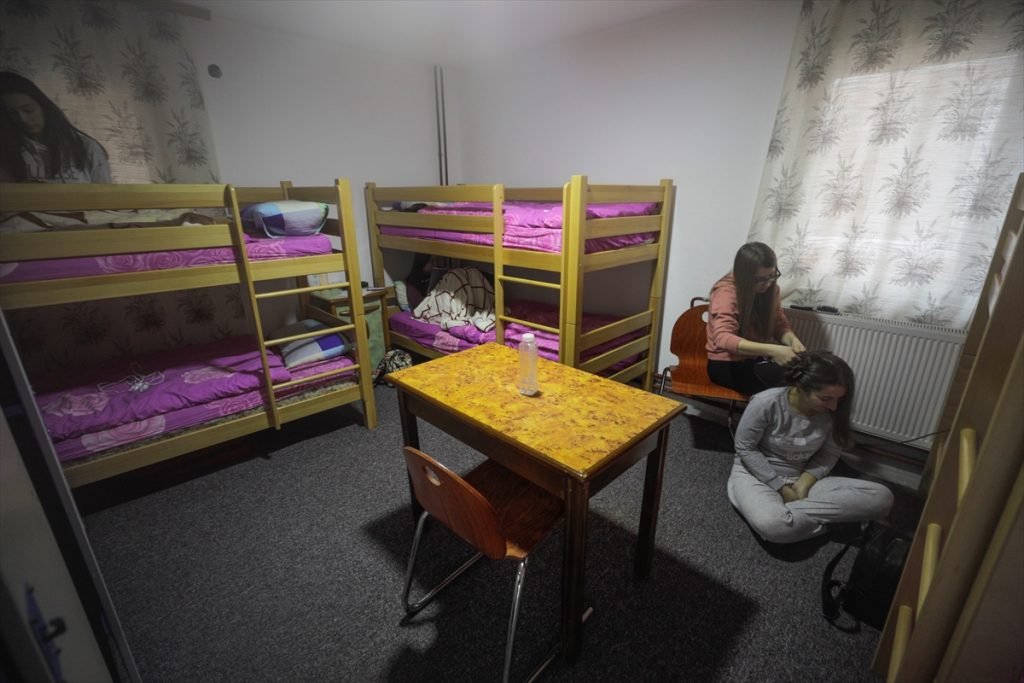 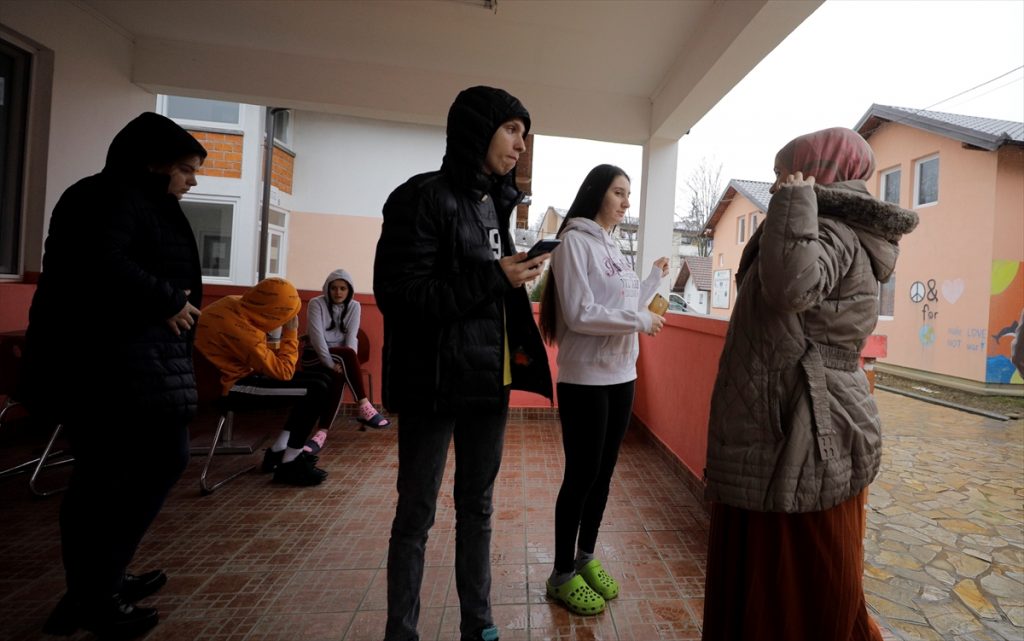 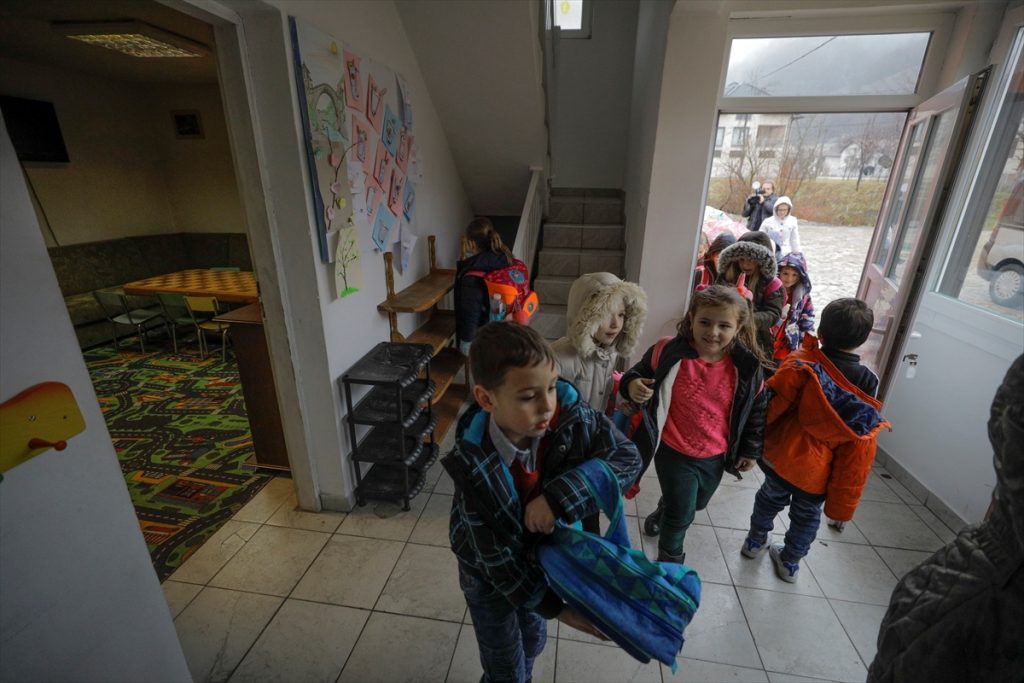 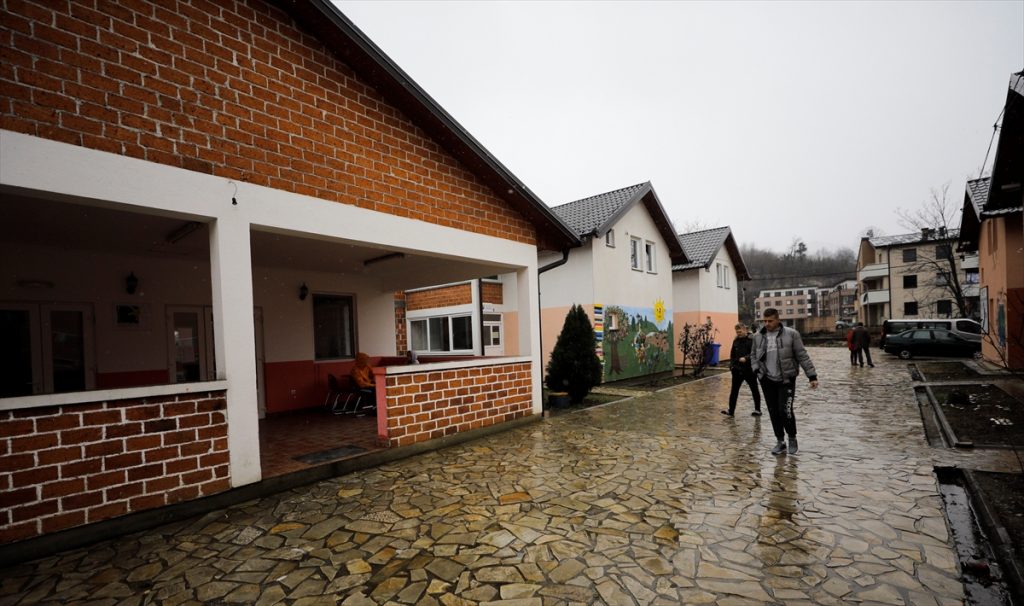 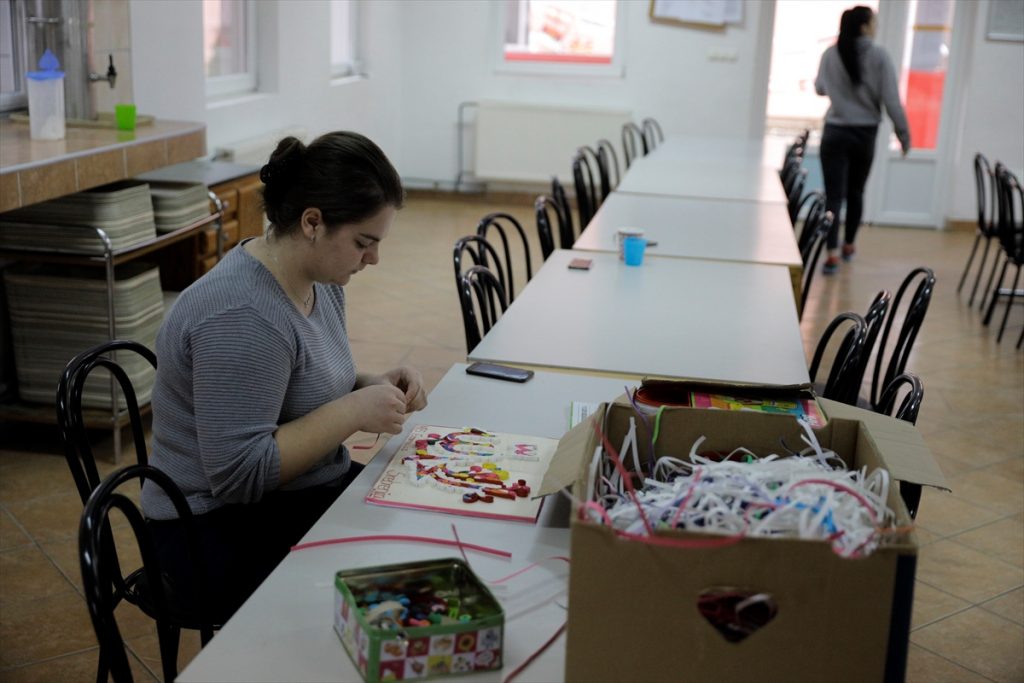 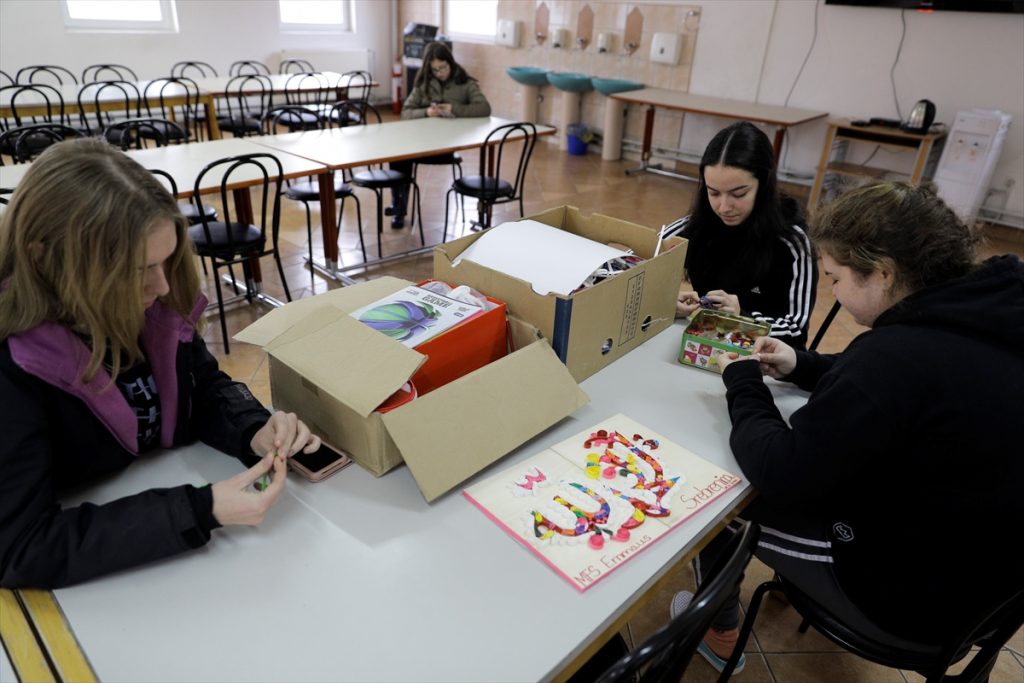 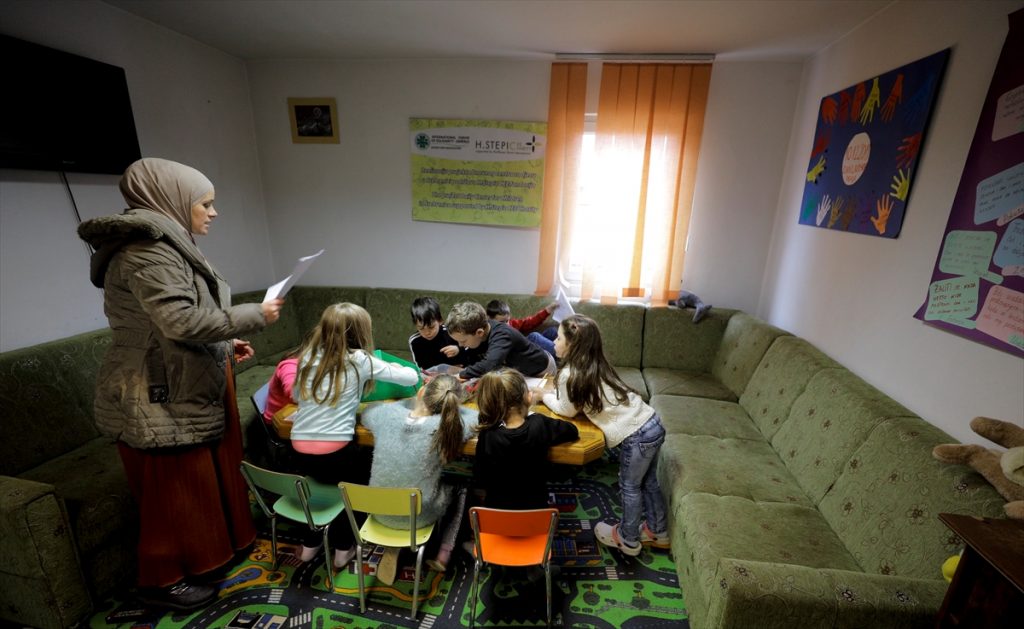 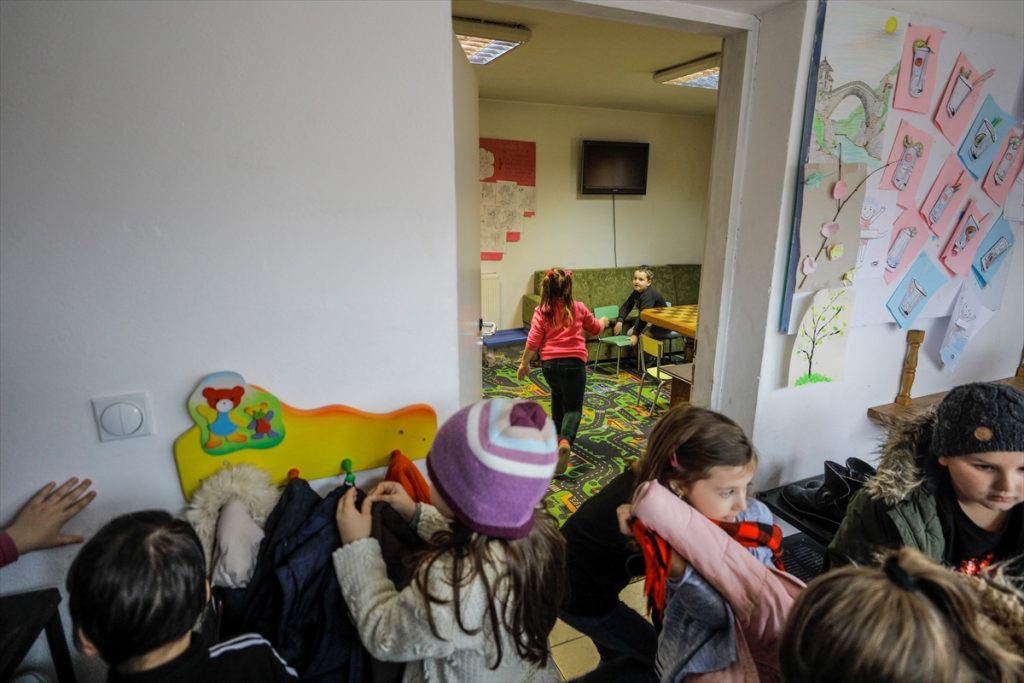 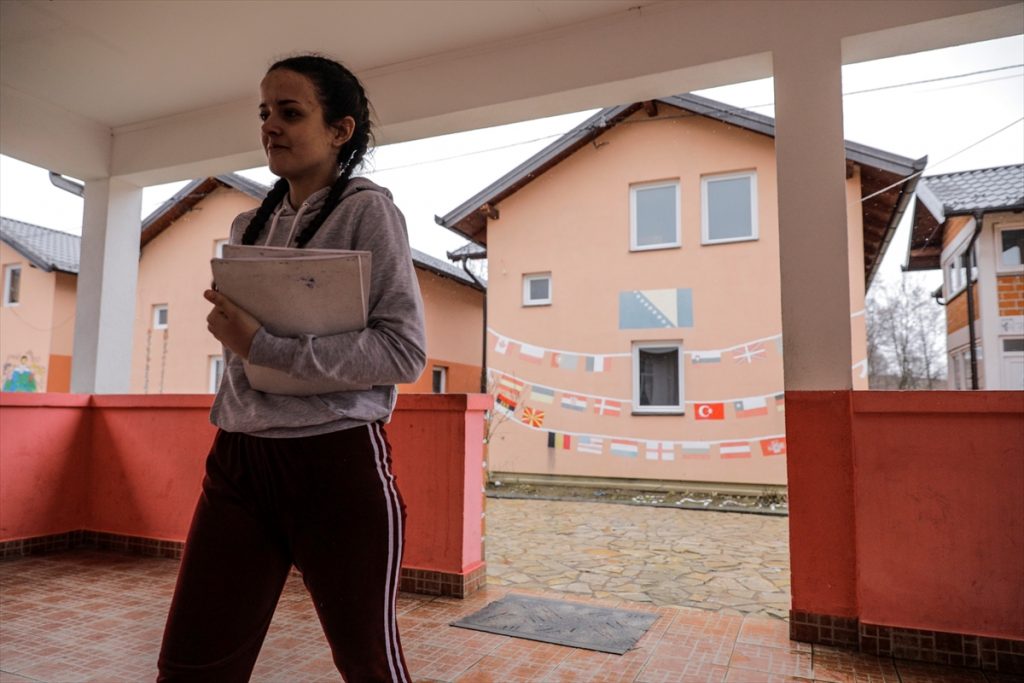 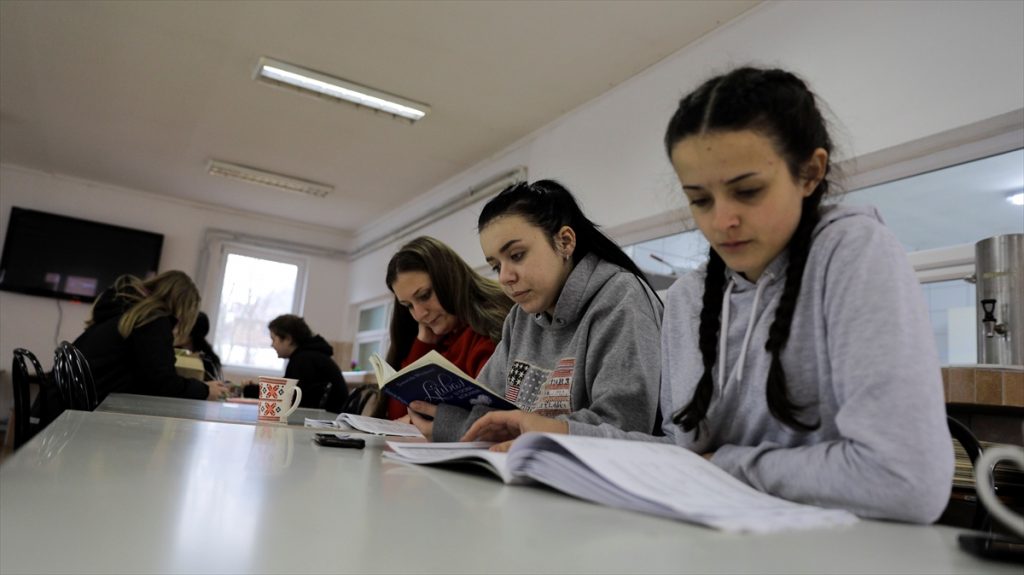 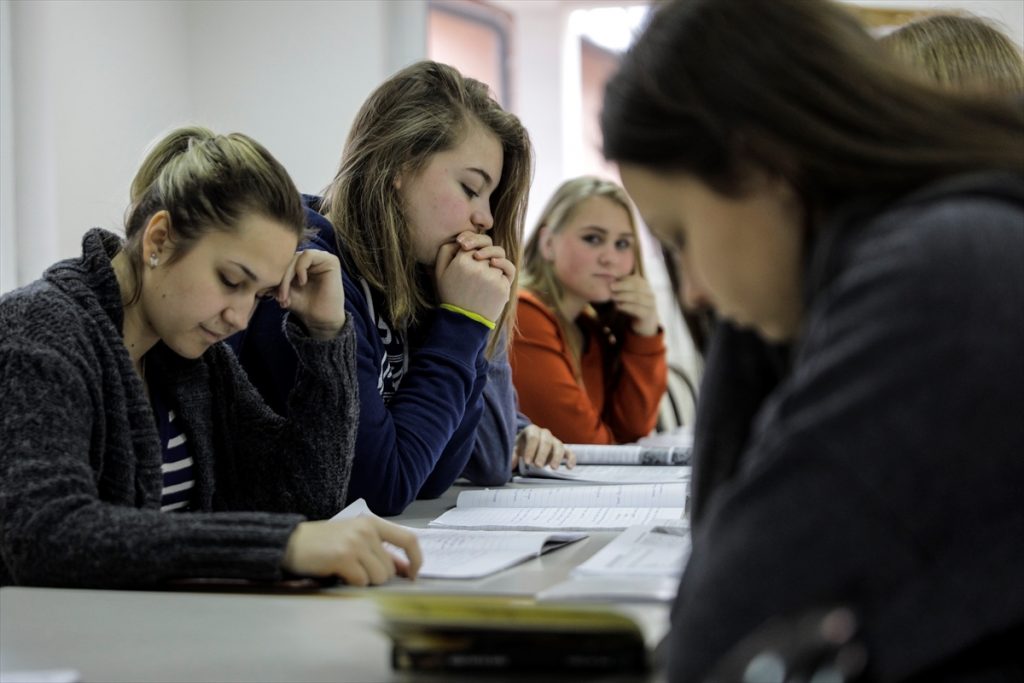 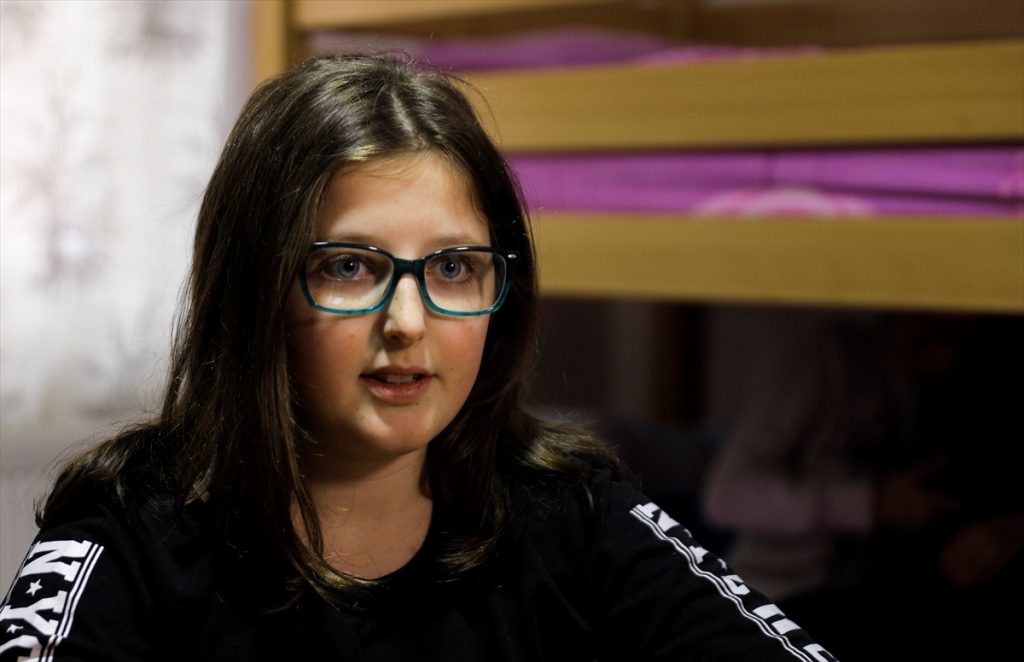 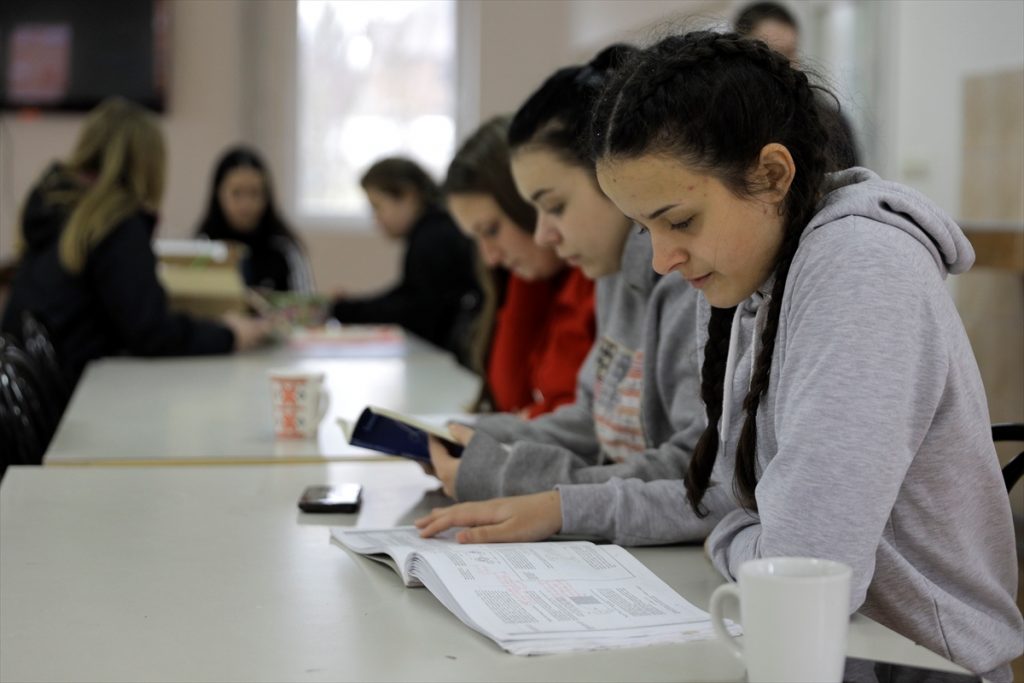 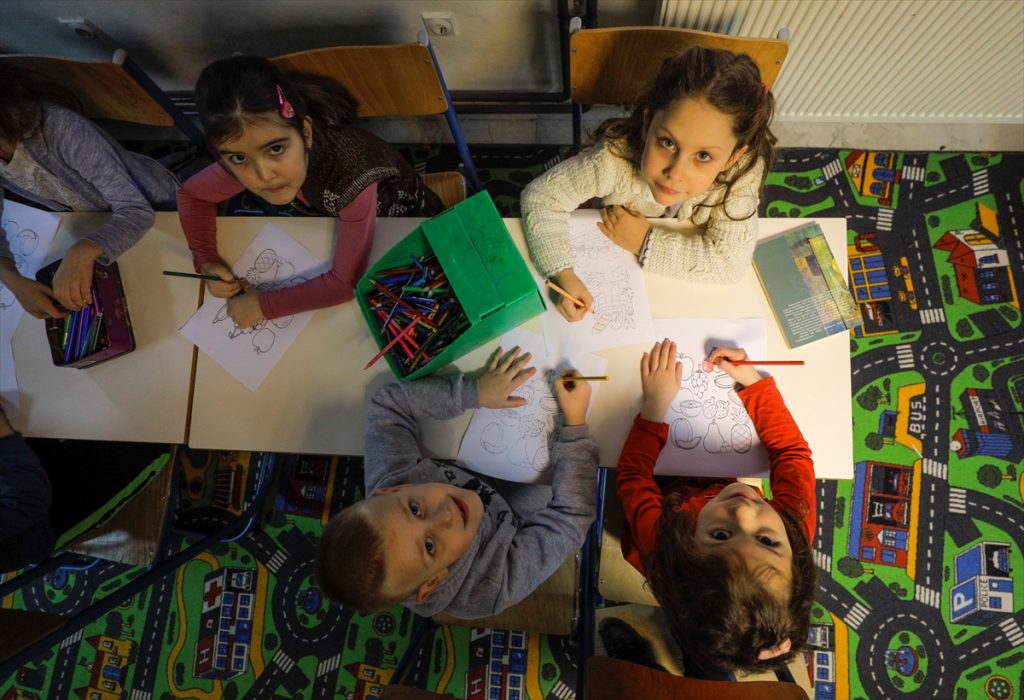