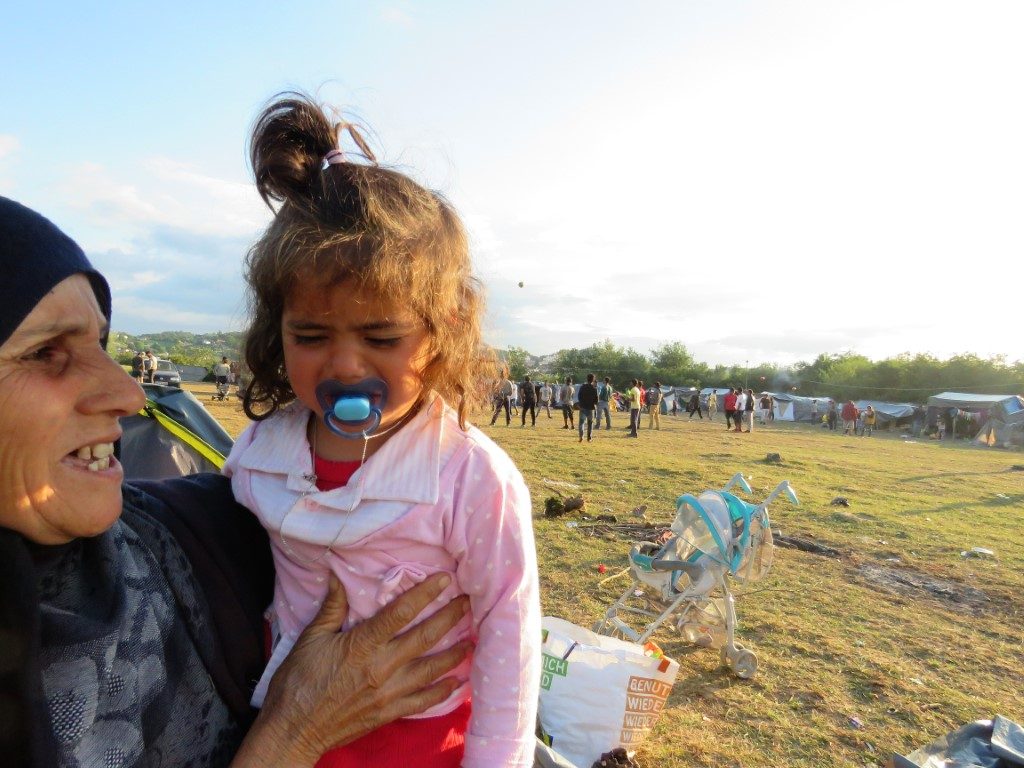 As long as they need help MFS-EMMAUS will help them!

In cooperation with the community of Comunita ‘Emmaus Villafranca and One Bridge to Idomeni – a group of volunteers from Verona we helped migrants in Belgrade.

The hangars located in the center of Belgrade behind the old railway station were a temporary refugee shelter from Afghanistan, Pakistan, Iraq, Syria, Azerbaijan and Somalia, among which were mostly young people under 30, including children under 10 years of age. Sick, sleepless and hungry months were sleeping on cold concrete without electricity and water. Several volunteers and employees of MFS-EMMAUS stayed in Belgrade for months to provide a meal for 850 refugees each morning. Of these people, blocked on a further journey to Western Europe, everyone raised their hands and their improvised shelter at the train station was demolished. A large number of them were relocated to various collective centers in Serbia, while others found their shelters in other places and other countries. 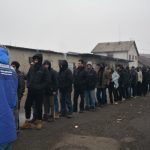 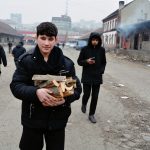 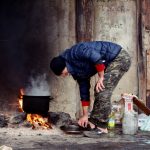 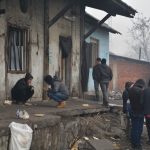 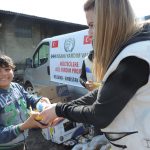 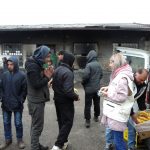 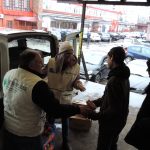 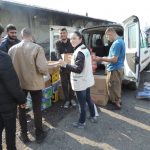 Most of the migrants were in Sarajevo and Velika Kladusa, among them there were a large number of families with children who slept on the streets, parks in improvised shelters, and so on.

Cocoa would ease at least a bit of a stay MFS-EMMAUS has launched a donation campaign in an effort to provide these people with at least one meal a day. The most needed help was in food and hygiene, so employees of MFS-EMMAUS and volunteers continued with the distribution of warm and dry meals, personal hygiene and fruits for all, and the provision of medical assistance. Citizens were also involved, temporary accommodation was found.

At the beginning, 600 meals were distributed daily in Sarajevo, mobile kitchens were installed in Velika Kladuša, where 300 meals were prepared daily.

A large number of migrants who stayed in the park across the City Hall in Sarajevo were relocated to the refugee settlement of Salakovac. Upon their departure we shipped them with 300 lunch packages.

A similar situation exists with migrants in Velika Kladusa. They are moved from a city park to a location outside the city of Trnovo where they live in tents under the open sky. The number of migrants in this area is constantly changing because many are trying to cross the border, in the meantime new migrants come and stay there for some time. In addition to 300 meals we shared in the morning, we introduced 300 more meals as a late lunch.

MFS-EMMAUS shares tea for migrants every day in the Trnovi camp near Velika Kladusa. We are witnessing the persistence and enthusiasm of people who are approaching their goal at temperatures close to zero, we hope that we will not be witnesses of freezing one of them. Strong will to achieve the goal does not always have a happy ending, often it can end up with a catastrophic outcome for an individual.
Migration or separation is an expression that describes the physical movement of people from one region to another, usually over large distances and / or in large groups. The colder morning and the first frosts do not support these people in their life and survival. Fear and winter that has fallen under the nails of migrants can not be classified as a basic problem for survival. Rarely in the analysis of media reporting, the vote for the hygiene of these people is taken, cold showers that were provided were a relatively short solution that could be used in the warmer days that are far behind us. There are more and more faucets closed because none of them dare to stand under a cold shower at such low temperatures.
Despite the vigorous efforts to provide them with warm meals and drinks every day, which can warm them up and refresh after the cooler nights spent in improvised tents, even more complex problems occur, as we enter the period when it is impossible to stay outdoors.

MFS-EMMAUS operates in the Trnovi camp as long as they are forced to wait for the moves of the competent institutions and they need our help.